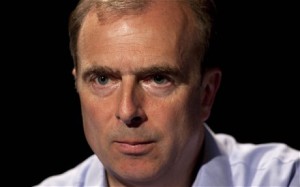 By signing it you strike a blow for justice in general and for the presumption of innocence in particular, and also against the mentality (very much on show in today’s Church of England) that is swift to condemn, and slow to admit mistakes, which is common and dangerous in o07r society.

It was not my idea and I’m not sure what the bit about building bridges is for (though who can be against it?), but it is a great opportunity to pursue and obtain justice.

Swift to condemn. Slow to admit their own mistakes

As of today, 29th November 2017, the Church of England have been sitting on the Carlile Report into the unfair hole-in-corner wrecking of the great George Bell’s reputation for 53 (53!) days. That is almost six weeks. They have no real excuse for this.

Lord Carlile is a highly skilled QC and was without doubt extremely careful in his gathering and presentation of evidence, It is hard to believe that the C of E, which made such a mess of the Bell case, really needs months more to tweak and twiddle it into perfection.

Those of you unfamiliar with this shocking case may read the details here http://hitchensblog.mailonsunday.co.uk/2017/11/publish-the-carlile-report-now-we-have-waited-long-enough.html

(links are provided to in depth analysis), and also here