THEY were an unlikely pair — the English bishop and the German Christian-Jewish constitutional lawyer — but they were linked by the fact that Bell shared a birthday with Leibholz’s wife, Sabine, and thus with her twin brother, Dietrich Bonhoeffer, who is present, off-stage, throughout the book. It was the Bonhoeffer connection that made it natural for Leibholz to turn to Bell for help, when he and his family escaped from Nazi Germany in 1938. Practical help in finding food and shelter, work and income, and in dealing with intractable bureaucracies, dominates the early phase of the correspondence and recurs throughout.

Leibholz was only one of many whom Bell was aiding, before, during, and after the war, with advocacy and practical Christianity. In 1945, Bell was supporting Dietrich’s youngest sister, Susanne, in getting members of her husband’s congregation in Berlin to put slices of bread in the collection plate for starving children. He does all this and more, while fulfilling, even over-fulfilling, the duties of his daytime job as Bishop of Chichester. He is unfailingly kind, thoughtful, practical, and effective, making full use of his position at the heart of the Ecumenical Movement and of the Establishment with easy access to politicians, publishers, universities, and, above all, the House of Lords, which gave him a platform for his prophetic ministry to the nation and beyond.

This is the core of the book, in which Leibholz’s mastery of jurisprudence and knowledge of Germany inform Bell’s passion for justice. Their chief concern was the Christian and democratic future of Germany and of Europe. They were strongly opposed to both Fascism and Communism, but feared that British and Allied vindictive attitudes (typified by Robert Vansittart) and the policy of unconditional surrender failed to distinguish between Nazis and Germans, deprived the resistance of hope, and prolonged the war. 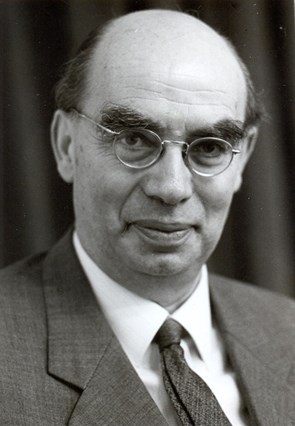 They were deeply critical of the agreements reached in Casablanca, Yalta, and Potsdam, and, while wanting a unified Germany, feared that it could be only a communist one. After three years of political stagnation, 1945-48, they rejoiced to see the beginnings of the Marshall Plan and the establishment of the Federal Republic, though at the cost of a separate German Democratic Republic. Leibholz was restored to his Professorship at Göttingen, and became a leading member of the Federal Constitutional Court. He is regarded as one of the founders of the modern German State.

The exchange of letters is a delight. However intimate and affectionate the contents, they consistently address each other as “Dear Leibholz” and “My Lordbishop” (sic). Leibholz is expressing himself in a second language; so there are inevitable infelicities. Bell writes with unfailing clarity and charity, compassion and care. In a letter of 1945, he lets us into the secret: “I don’t want to say things that are unnecessary or untrue, and I want to remember the minds of the reader into whose hands such [letters] might fall. I want to say no word that cannot be substantiated.”

Readers should include all who care for truth and right, justice and mercy, German and church history, and Bonhoeffer studies. The book is beautifully produced with an introduction, real footnotes, extensive bibliography and index, and two appendices: Gerhard’s perceptive and appreciative review of Bell’s Christianity and World Order, and Sabine’s wide-eyed memoir of the family’s first visit to Chichester in January 1939.

Leibholz died, crowned with years and honours, in 1982, and Bell in 1958, after chairing a meeting of the Central Committee of the World Council of Churches and attending the Lambeth Conference. As Leibholz and his wife wrote to his widow: “What made him unique was that he put into action the spirit which moved him and commanded his conscience. The World has become poorer by a really great man. . . We have to thank him for having granted us the privilege of setting up a bond of friendship which shall last forever and which death cannot destroy.”

The Very Revd Dr John Arnold is a former Dean of Durham.