A confidentiality clause should have governed the payment made to “Carol”, the Bishop of Chichester, Dr Martin Warner, has said 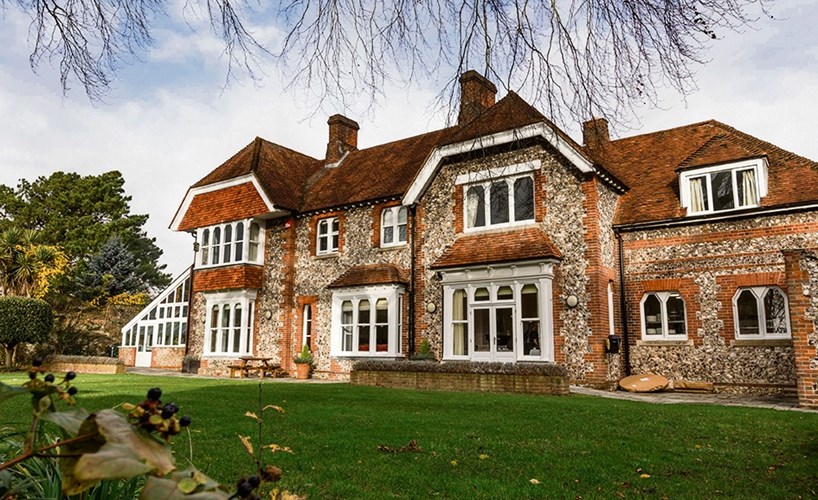 THE blackening of George Bell’s name would not have happened had there been a confidentiality clause governing the payment made to “Carol”, who accused him of sexual abuse, the Bishop of Chichester, Dr Martin Warner, said on Monday.

Dr Warner was addressing supporters of Bishop Bell at the Rebuilding Bridges conference, held at 4 Canon Lane, Chichester, to which supporters wish to see the name “George Bell House” restored.

The naming was up to the Dean and Chapter, the Bishop reiterated (News, 1 February), but he indicated that the cathedral should make more of the Sisters of the Cross, who had donated the house.

“I don’t think simply renaming it ‘George Bell House’ will just do the job. We cannot rewrite history, but we must do better.”

This had been done on “a number of occasions”, he said, one of which had been his address at a commemoration of the Reformation, in Coburg in 2017. “I believe history will tell the good deeds of Bishop Bell, and I believe they will stand the test of time.”

Dr Warner resisted calls to pronounce Bishop Bell innocent, prompting one speaker to explain that “most here are troubled because the idea of innocence until proven guilty touches everyone.”

He did, though, indicate his acceptance of a key recommendation by Lord Carlile of Berwick, who conducted a review of the Church’s handling of the accusation against Bishop Bell, that the dealings with Carol should have been confidential. “The fault lies with us as the institution, and it is clearly identified in Lord Carlile’s report, as having gone public. We have to own up to that and face it. I’m very clear about that. I take part of the responsibility.

“If you want to know about justice, it’s not about guilty or innocent, but what is made public. Had we said nothing about a settlement with Carol, had there been a confidentiality clause, none of this would have reached the public domain. . .

“We are clear on how wrong we were on publicising the process.”

A statement by Lord Carlile was read at the conference: “The Church should accept that my recommendations should be accepted in full, and Bishop Bell should be declared by the Church to be innocent of the allegations made against him.”

His review had not been asked to determine whether Bishop Bell was innocent, but he had concluded that the case was not strong enough even to be brought to court (News, 22 December 2017).

Among the resolutions carried at the conference was one calling for an apology by the Archbishop of Canterbury, and another asking for a debate in the General Synod. 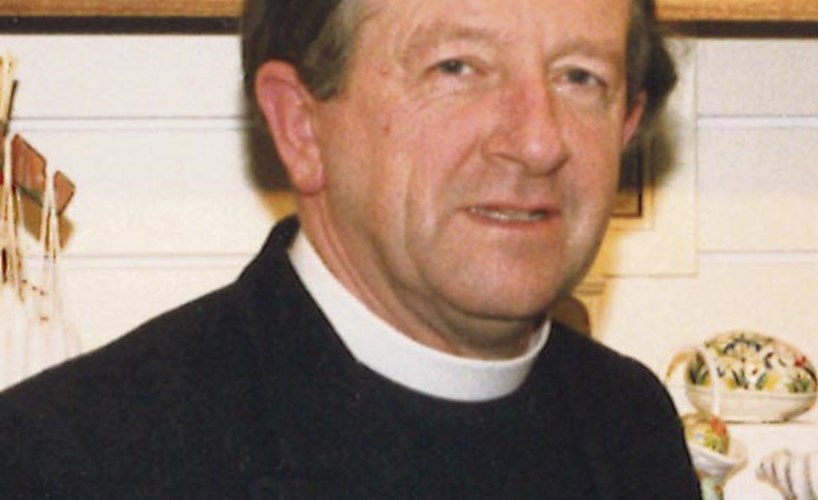 Dean Treadgold: he “could not act on mere allegations” of child abuse

A DEVASTATING report on the failure of Chichester Cathedral and the diocese of Chichester to protect children from abuse over a 29-year period was published on Tuesday, ten years after its completion.

The CARMI report, written by Edina Carmi, a social-work consultant, was finished in 2004. It had been commissioned by a former Bishop of Chichester, Dr John Hind, after Terence Banks, head steward at the cathedral, was convicted of 32 sexual offences against 12 boys between 1971 and 2000. In 2004, only the recommendations of the report were published.

A new foreword to the report, written this month by the Bishop of Chichester, Dr Martin Warner, explains that, in 2004, “Serious Case Reviews were not published in their entirety.”

The decision to publish it now had been informed by “our interaction with victims of sexual abuse in churches, who have consistently asked for the full facts to be brought to light, so that lessons are learned, and everything possible is done to ensure these awful events are not repeated”.

Dr Warner said that he and other clergy were “profoundly ashamed of abuse that has happened in church or church institutions”, and offered “our most sincere apologies to survivors and their families, though we know that this can never repair the damage done”.

The report had informed safeguarding practice, he said, and had begun a process of learning which continued with the publication of subsequent reports ( News, 3 May 2013, and News, 27 May 2011). Safeguarding practice had “moved on enormously since 2004”.

Mr Banks was sentenced to 16 years’ imprisonment in 2001, after an investigation by Sussex police. He was convicted of 23 charges of indecent assault, five of buggery, one of indecency with a child under 14 years, and two of attempting to procure acts of gross indecency.All of the 12 victims were lessthan 16 years of age, and somewere as young as 11. All were involved in activities at the cathedral.

The CARMI report details how Mr Banks used alcohol and pornographic material to “break down the boys’ inhibitions”. In 1973, he was banned from a school after an allegation of abuse against a child. Even though the school’s governing body was composed entirely of cathedral Chapter members, no action was taken to limit Mr Banks’s contact with children. No action was taken after he was seen embracing a victim in the cathedral grounds in the 1980s.

In 1991, a 12-year-old alleged that he had been shown a pornographic video at Mr Banks’s house. It was reported to the wife of the Bishop of Chichester (Dr Eric Kemp, referred to in the report as Bishop A), and the parents were summoned to speak with a canon who was “reported to have made the parents feel they were making too much of a minor incident”.

In 2000, a victim and his mother went to see the Dean of Chichester Cathedral, the Very Revd John Treadgold (referred to in the report as Dean A), to make allegations. This victim later told the police that Dean Treadgold had advised him to “act on his conscience, as the Dean could not act on mere allegations”. Dean Treadgold did not report the matter to the child protection adviser, the police, or social services.

The father of another victim told the police, and Mr Banks was then arrested. The CARMI report states that the Dean’s “lack of action on hearing of the abuse was at variance with West Sussex Child Protection Procedures, and ‘The Protection of Children’, which was implemented in the diocese in 1997”.

Dean Treadgold told the CARMI review that, on his return from Germany, he had recevied a letter stating that the police were involved, and that he must “do nothing”. Until 2000, he had “never been informed of any concerns relating to [Mr Banks]”.

While pastoral support was offered to Mr Banks and his wife after his arrest, victims and their families reported being shunned by clergy and members of the con-gregation. The report speaks ofa “hostile environment, which appeared to blame victims and families, rather than be grateful for their courage in reporting the matter to the police”.

Highlighting the disparity between safeguarding practice elsewhere and within the cathedral and diocese, it refers to a number of “mistaken beliefs”, including that “it was entirely up to the individual to decide whether or not to report concerns to the responsible authority”; and it also refers to a lack of recognition of the Church’s responsibilities.

It warns of “confusion between homosexuality and child abuse. Until the Church is able to confront prejudice about sexuality, and provide an environment where individuals are able to be openabout this area of their life, the risk is that this mistake will happen again.”

The report suggests that, afterthe report was commissioned, “limitations [were] imposed on making contact with stakeholders”. For example, although the review was publicised in Cathedral Notes, Mr Banks was not referred to by name, and there was no offer of confidentiality for any of the contributors.