The Archbishop of Canterbury, Justin Welby, has personally apologised to a sexual abuse survivor for his office’s failure to respond to 17 letters seeking help and redress.

Three bishops have also urged the Church of England’s insurance company to review its settlement with the survivor, saying they are “very concerned about the way in which the claim was handled at the time”.

In a letter to the Ecclesiastical Insurance Group (EIG), the bishops expressed disquiet that “horse-trading” between lawyers over settlements has had “little concern for the impact” on survivors. 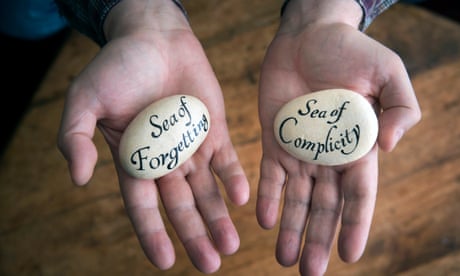 ‘I told so many bishops’: survivor tells of system that protected priest

The two letters are the latest developments in a long struggle by Gilo – who is also known as Joe, and whose surname is withheld at his request – to force the C of E to acknowledge both the abuse he experienced as a teenager at the hands of a senior church figure and its failure to respond properly to his disclosures.

Gilo told dozens of C of E figures, including three bishops and a senior clergyman later ordained as a bishop, of his abuse over a period of almost four decades. A highly critical independent report commissioned by the C of E into Gilo’s case said last year that the failure of those in senior positions to record or take action on his disclosures was “deeply disturbing”.

Welby’s letter to Gilo says: “I am writing to say how profoundly sorry I am for all the abuse you have suffered … I am shocked to hear of what has happened to you and the impact over so many years.”

The archbishop wrote that he was aware that Gilo had been “in communication with me here at Lambeth Palace over a period of time. I am sorry that the way your correspondence was handled has not been helpful to you, and has not been to the standard you would expect”.

Gilo received only one response to his letters to Welby, from a correspondence clerk offering prayers.

Welby wrote that he had asked for a review of processes. “There are lessons to learn and I am keen that we learn them and make any changes necessary.”

The archbishop’s letter of apology arose from a mediation session between Gilo and two bishops: Tim Thornton, to whom Gilo says he disclosed details of his abuse in 2003 and who is now bishop at Lambeth; and Paul Butler, the bishop of Durham and the C of E’s lead bishop on safeguarding at the time of the independent review of the case.

In a statement issued on Sunday, the two bishops said they “recognise that the church continues to face serious challenges through its response to survivors” and “these matters need to be faced honestly and squarely”. 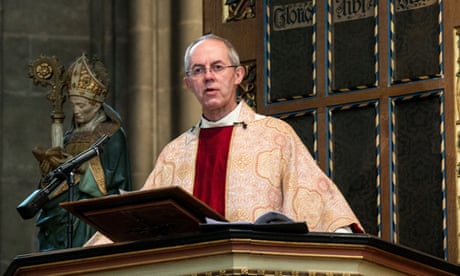 Butler and Thornton, along with Alan Wilson, the bishop of Buckingham, also wrote to the EIG to raise concerns. They called on the insurance company to revisit cases “where past practice may have reached a settlement that did not truly match the significance of the impact of the abuse”.

They wrote: “In particular we have been very concerned to hear how ‘horse trading’ around the level of settlements has occurred between lawyers with little concern for the impact such an approach has had on the survivor.”

The bishops suggest the EIG should review the settlement it reached with Gilo. He received £35,000 after the church agreed it was at fault, but pastoral care was cut off following the agreement.

The bishops’ letter said they were “very concerned about the way in which [the case] was handled at the time”. The impact of abuse on Gilo “has been lifelong and continues. It has seriously impacted his health and wellbeing. This in turn has affected his work and finances.”

Gilo has repeatedly criticised the C of E’s close relationship with the EIG and the presence of senior clergy on its board of directors. He has claimed the insurers advised the church to cut off emotional and psychological support in a move that “directly conflicted” with the church’s pastoral and compassionate responsibilities.

He told the Guardian: “It’s a courageous and bold move by these bishops to finally grasp a powerful corporate nettle in such a clear way.

“They are right. The settlement process is a degrading, demeaning horse trade in which the insurer holds all the cards, and can effectively hold a gun against the heads of survivors and our own lawyers. It is a skewered and broken system that doesn’t serve justice.

“The church is finally recognising the cost of impact. And cost, too, for many survivors who have campaigned for change against a silent and discrediting church, and both former and current bishops who have covered up. All those survivors, and the ones who’ve fallen away bitter and angry and left unhealed, need recognition of the cost in their lives and real justice.”

In its reply to the bishops’ letter, the EIG said there was no basis to revisit the settlement agreed with Gilo. It had responded to his complaints about EIG’s handling of his case “with patience and sensitivity”, it said.

The company sought to “see all survivors treated with sensitivity, fairness, compassion and respect, and to achieve reconciliation”.

In a statement, the EIG said: “As independent insurers, we are not responsible for the abuse perpetrated by those for whom the church is accountable. Our role is to handle insured claims for financial compensation fairly for these acts of abuse.

“We and other insurers are bound by comprehensive, industry-wide regulation that oversees the way we operate and handle claims, and by the civil justice system.

“It is not in our gift to change civil law, which defines the claims process. Negotiations between lawyers – characterised in the bishops’ letter as ‘horse trading’ – are a normal part of that process. So are full and final settlements, which bring certainty to all parties within the civil justice system.

“It is, however, in the Church of England’s gift to provide further compensation as well as ongoing pastoral care to victims and survivors of clergy abuse if it so wishes.”