After T.S. Eliot’s “Murder in the Cathedral” – abridged and directed by Peter Billingham – Peter Hitchens fielded questions in a packed Friends Meeting House

A lady asked Peter H. about his use of the term “the Church” (eg “allegations against Bishop Bell by the Church”) and asked to whom he was referring exactly.

Peter H wanted to avoid attacks on individuals – this being counter productive – but yes, it was from the Archbishop down.

Hubert Doggart pursued the issue: Chichester’s Dean & Chapter failed to use the word “alleged” when making pronouncements on Bishop Bell’s guilt. Could we not insist on their retracting from this stance?

Peter H replied the word “alleged” was used in the Diocesan statement of October 26 2015.

Mr Doggart doggardly pressed on : Could we not isolate our Dean and Chapter from the Diocese?

Peter H replied that the Diocesan lawyers appeared to him out of their depth, especially unable to respond adequately to the legal minds of the George Bell Group. However, he did not think it appropriate or feasible to attack the Dean and Chapter at this point – reiterating the need to concentrate on Bell’s reputation – and its restoration. That is what he is fighting for.

Peter H advised not to pursue investigation into ‘Carol’. Yes, he thinks she was abused, and needs every bit of sympathy we can give. We should avoid hounding, outing or dishonouring her.

From his experience of reputations and institutions, Peter H believed only persistence will bring results, and in the long-term, it will in this case. He encouraged to keep ‘chipping away’; keep at it, and seize every opportunity.

It was noted that in Chichester, Bishop Bell’s name was to be remembered on October 3rd; but in other Dioceses he has already been erased from the List. There are unconfirmed reports the Episcopal Church USA has already expunged Bishop Bell from their List. Confirmation is being sought

Peter H thought much of the City Council’s rehanging of the Bell portrait: a brave, unusual forthright action. 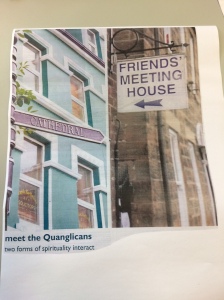