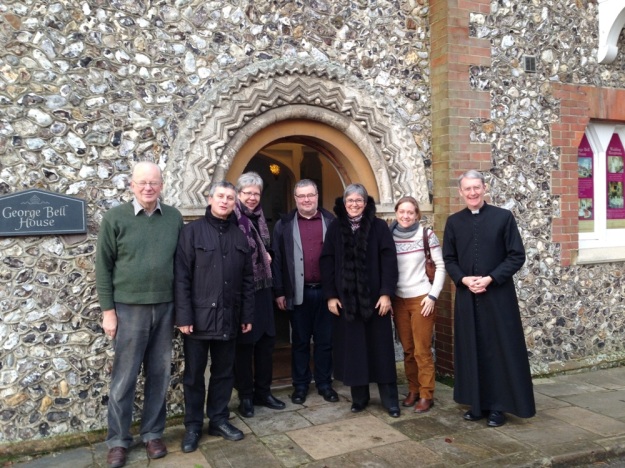 Sir, — The Church of England’s ecumenical legacy in Europe is being airbrushed out of history by the totalitarian mindset of Brexiteers.

The Bishop of Bayreuth and Chichester Cathedral Canon of Honour Dr Dorothea Greiner is determined that that legacy not be sidelined within the diocese of Chichester and beyond.

The next Coburg Conference will be taking place in the cathedral city this October, and the European delegates — including the Cathedral Chapter — will focus on the ecumenical vision of the theologian Dietrich Bonhoeffer and the wartime Bishop of Chichester George Bell, in the light of today’s political situation. 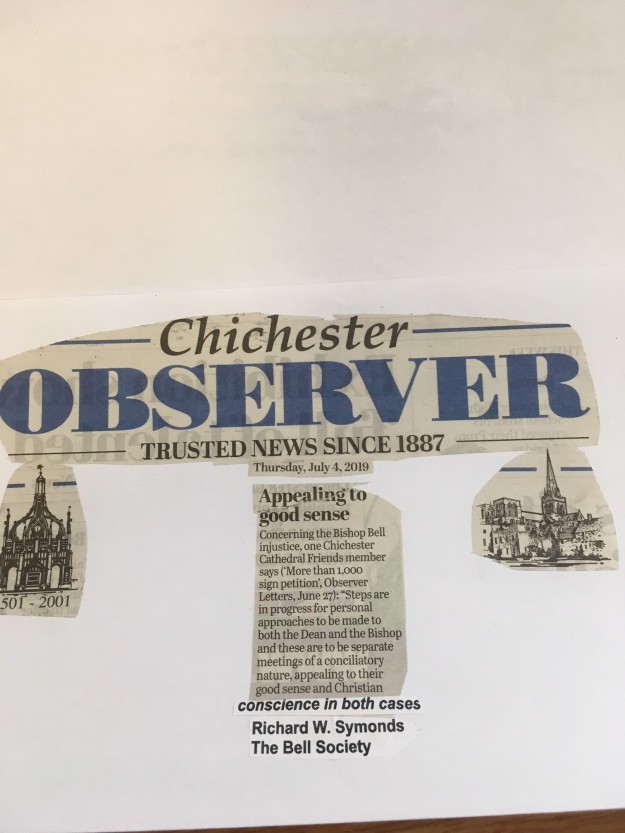 “Steps are in progress for personal approaches to be made to both the Dean and the Bishop and these are to be separate meetings of a conciliatory nature, appealing to their good sense and Christian conscience in both cases”

‘We got it wrong’ would suffice in both cases. 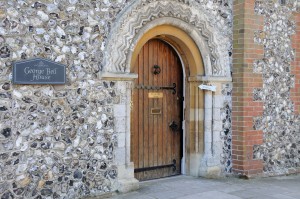 The phrase that 4 Canon Lane was ‘formerly known as George Bell House’ is misleading.  4 Canon Lane is a street address.  The building was given to the cathedral to commemorate Bishop George Bell, funds were raised for its renovation as George Bell House and it was dedicated as such in 2008 by Archbishop Rowan Williams.  It has never been undedicated.  The name ‘George Bell House’ therefore still stands.  The right of the cathedral authorities to attempt to remove it without due consultation with all parties concerned is highly contentious.
In view of the findings of two senior lawyers that the allegations made against George Bell are not only unproven but unfounded, there is no justification for the continued absence of his name from the building.  On the contrary, there would be every justification for all those who contributed to the renovation of George Bell House to request their money back unless the name is immediately reinstated, or to take other action as they deem appropriate.
The statement that ‘Chichester Cathedral Friends has no official position on the George Bell issue’ beggars belief.  George Bell founded the Friends in 1939.  It was entirely in order to raise this question at their anniversary meeting on 6 June.  The reply given at the time was that it would now be considered.  We await a further statement with interest.
Dr Ruth Hildebrandt Grayson
Sheffield
“Injustice on the Sisters and us” – Charlotte A Evans – Chichester Observer Letter – June 20 2019
Your report on the demonstration at George Bell House [4 Canon Lane] seems slightly to misrepresent the issue, in stating that its purpose was “to highlight the ‘injustice’ on the former Bishop”.
As I understand it, the protesters were gathered to highlight, first, the injustice on the Sisters* who donated the house, and on all of us who contributed financially to the renovation of the former Archdeaconry.
It was formally opened by Archbishop Rowan Williams as “George Bell House”, in 2008.
Thus, the commemoration of Bishop Bell was integral to the establishment of the centre, and ought not to have been suppressed by the Dean & Chapter.
You are right, of course, to report the sense of injustice regarding Bishop Bell.
Many of your readers will be aware of the petition to restore the name to George Bell House, which [I believe] has over a thousand signatories so far.
Thank you for your reporting.
Charlotte A Evans
Chichester
* Anglican Sisters of the Community of the Servants of the Cross 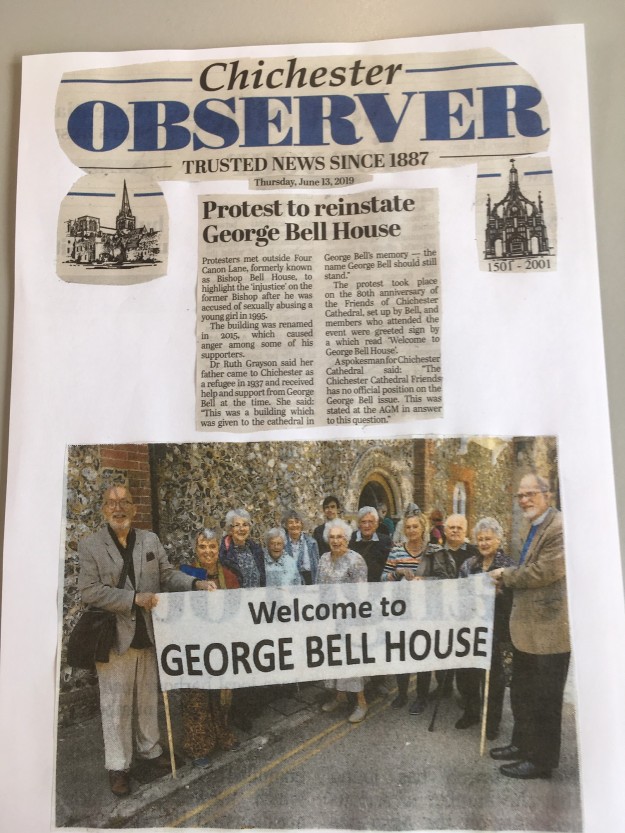 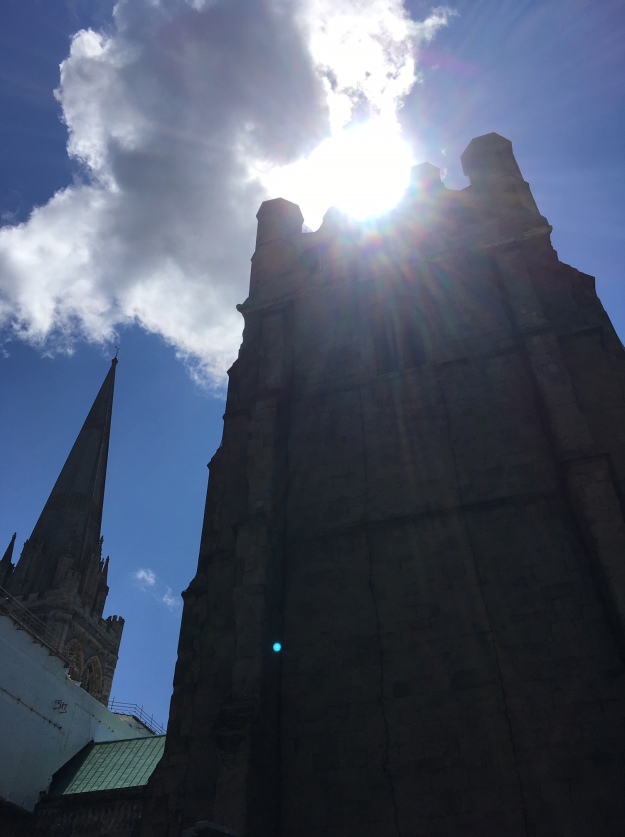 Following the “Welcome to George Bell House” event at 4 Canon Lane Chichester on Thursday June 6, Archbishop Welby is called upon to apologise for his “significant cloud” against Bishop Bell – again. 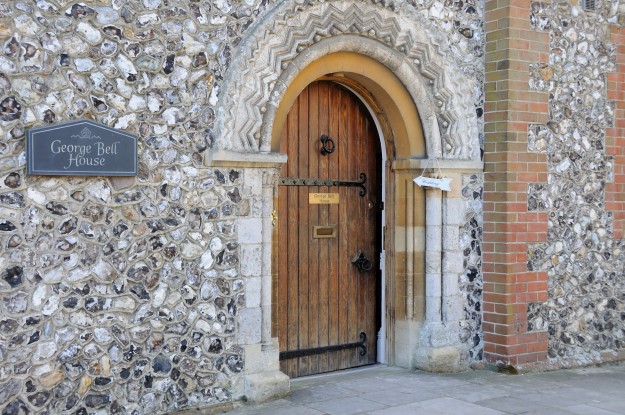 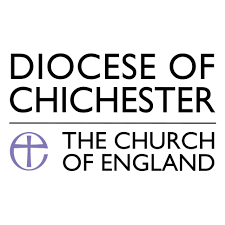 Sir, — Your leader comment (“Power of abuse”, 17 May) states: “. . . It is easy, then, to see why Dr Warner [the Bishop of Chichester] has been so reluctant to declare Bishop Bell innocent of the charges of abuse brought against him by ‘Carol’, despite encouragement to do so from those who have investigated the case thoroughly.”

As someone who has assisted “those who have investigated the case thoroughly”, I do not find the Bishop’s reluctance to declare Bishop Bell innocent “easy . . . to see”.

Sir, — Your account (News, 17 May) of the Report of the Independent Investigation into Child Sex Abuse (IICSA), while picking upon the part played by Archbishop George Carey, omits any mention of another key figure, who must bear much responsibility for the whole miserable event.

The hinge on which the case turns is the appointment of Peter Ball to be Bishop of Gloucester. The earlier Gibb report merely reported that Ball had been no 2 on the list sent to John Major, though it did report that the Prime Minister’s Appointments Secretary, Robin Catford, had earlier tried Peter Ball’s name on the diocesan representatives of Norwich when they were seeking to appoint a diocesan bishop there in 1985. The Norwich representatives then indicated that they did not want a bishop who seemed so greatly to enjoy the company of young men.

The IICSA report mentions this in para. 61. It does not mention here that the previous year Catford had made the same approach to the Portsmouth representatives when their diocese was vacant, and they (I have on good authority from one of the four) replied that they lived too near to Sussex with too much knowledge of Chichester diocese to contemplate nominating Ball.

To anyone who asked the question, which the Gibb report omitted, how Ball was appointed to Gloucester, the IISCA gives a part-reply. It does highlight the critical role played by Catford in persuading John Major to use his discretion and appoint the second name on the list, with a very loaded and possibly even devious exercise of his advisory role. Catford appears in a very bad light in paras. 65-66 of the IISCA report. But the report does not consider the prior question how Ball ever became considered for appointment by the Crown Appointments Commission. The CAC must surely have received clean unqualified references, tabled by the two appointments secretaries (one the Archbishop’s, the other the Prime Minister’s) and including, presumably, a detailed reference from Eric Kemp, Ball’s diocesan bishop in Chichester.

The report does show that Kemp was well aware of activities (or at least rumours) that would have seriously qualified any frank report; so we are left to wonder what kind of references the two secretaries laid before the CAC. Had Kemp written nothing, or had anything damaging been filleted out of anything that he had written? Ball was also an unlikely candidate on the quite different grounds that he opposed the ordination of women, which Gloucester diocese strongly supported (a point that it does not appear that Catford made in his memorandum to John Major).

So it becomes reasonable to assume that, as previously with Portsmouth and Norwich, Catford was pressing a strong case for Ball’s appointing — and securing Ball’s position as second on the list with the CAC was enough to enable him then to recommend to the Prime Minister that Ball be appointed. But IISCA does not report what references and what other support Ball had at the CAC; and the natural conclusion must remain that George Carey, along with the CAC, was being taken for a ride on behalf of Catford’s favoured candidate.

If this is so, three immediate reflections come to mind. First is that it is hardly surprising that George Carey, with the PM’s appointments secretary’s glowing character reference before him, was fully ready to believe Ball’s protestations of innocence. Second, if a proper handling of the stories around in Chichester diocese had been put before the CAC, Peter Ball would never have been even second in the candidates for appointment to Gloucester, and, while the matter would no doubt have reached the Archbishop of Canterbury, it is Bishop Kemp who would have had to deal with the first round of complaints; and, third, the key person responsible for getting Ball into this position was the civil servant who was adviser to the PM, in relation to which the State is as liable as the Church for the unwanted outcome.

The PM retained the final discretion in the appointment of bishops; he, on the wholly misleading advice of the civil servant who was supposed to have first-rate and dispassionate knowledge of the clergy, exercised his discretion on behalf of a deeply flawed candidate; and considerable blame should therefore lie with Downing Street.

None of this touches directly on the part played by either the police or George Carey or the Prince of Wales, but it helps to explain why Ball was so readily believed.

The Bell Society
Create a free website or blog at WordPress.com.