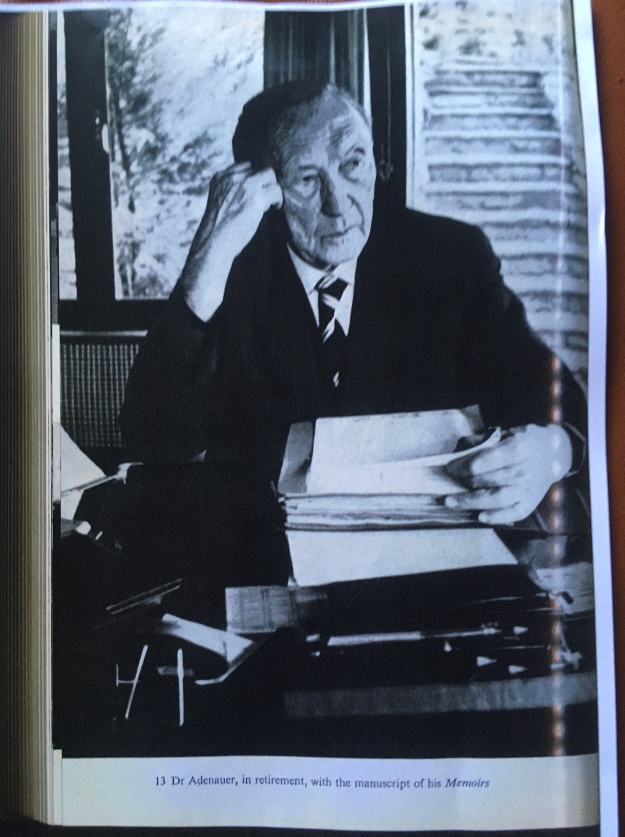 “Oberkirchenrat Cillien from Hanover visited England for two weeks in the summer of 1946 and made a very interesting report on his trip. He met prominent men in political and social life, and was impressed by the readiness of the British as private individuals to help. He also got the impression that government offices were doing everything in their power to alleviate conditions in Germany, and that the British could not understand why there was so little German recognition of all the trouble England was going through to save Germany from catastrophe after her defeat. British occupation policies were indeed being harshly criticised in Germany, especially the dismantling of big industrial plants, and many a hard word was said against the British.

“Oberkirchenrat Cillien told me that German appreciation and courtesy, whose absence had been so remarked on in Britain, were in his view a pre-condition of any later understanding and rapprochement. This door must not be allowed to close – not even if German complaints were justified. He had found a plain and simple readiness to give help, the predominant characteristic in all his conversations with leading personalities, especially of the Church of England.

“His visit to the Bishop of Chichester, Dr George Bell, showed this. Dr Bell, incidentally, had protested strongly against the unlimited bombing of Germany during the last years of the war.

“The Dean of St Paul’s, the Very Reverend Walter Robert Matthews (see “Teach Yourself Philosophy” by CEM Joad – Ed), had received Cillien with great kindness on the steps of the cathedral.

“All this Cillien took as a signof the readiness of British Christians to hold out a hand to a beaten enemy, without resentment. He was most impressed by British respect for the individuality ofan alien people.”