How could it possibly be true? The idea that Britain could have unknowingly harboured a paedophile prime minister, a man whose predilection for assaulting children didn’t stop him reaching the highest office in the land, is so grotesque as to be almost inconceivable.

We know about Jimmy Savile, about the MP Cyril Smith, about how horribly easy it can be to abuse in plain sight if enough people choose not to see. We know too about the suppression of inconvenient truth in scandals from Hillsborough downwards. 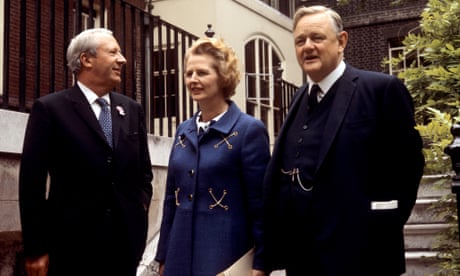 But still, a senior politician so obviously in the glare of the spotlight and so vulnerable to blackmail, raping and getting away with it? Even half a century ago, it’s still hard to imagine nobody would have known or had the decency to act.

Yet the findings of Operation Conifer require us at least to imagine such a thing. Were he still alive, Ted Heath would be in a police station now being interviewed under caution about seven separate alleged assaults, on boys as young as 10 and 11 as well as adult men. Indeed, it may only be the failure to imagine such a thing that prevented Heath from being interviewed while he was still here to defend himself.

We still await a ruling from the Independent Police Complaints Commission on three alleged historical failures by police to deal appropriately with concerns raised about Heath, and whether these were indeed missed opportunities to get at the truth. But it is surely not the alleged victims’ fault that Wiltshire police’s verdict – that it is impossible to say Heath was guilty, but equally impossible to find him innocent – feels so horribly unsatisfactory.

For if true, these allegations are cataclysmic, shaking whatever trust remains in the establishment to its foundations. Yet it is very much an “if”. Had Heath been questioned before his death, it is perfectly possible he would have been cleared. The ignominious collapse of the recent Metropolitan police inquiry into alleged abuse by a string of public figures, after its star witness “Nick” was discredited, is an uncomfortable reminder that victims can also be liars. (It remains hard not to see both Nick, and those whose lives he wrecked by accusing them, as victims, if only in Nick’s case of his own demons.)

It’s rare, but it happens, and perhaps especially when big names are involved. In the Heath case, police concluded that at least two of the many allegations against him they dismissed were deliberate attempts to mislead. Nothing in this murky affair is clear. Yet that hasn’t stopped a public rush to judgment, with some commentators crying witch-hunt while others claim there is no smoke without fire.

But if Wiltshire police couldn’t be sure about Heath after two years of investigation, then the rest of us aren’t going to crack the case based on gut prejudice alone. You don’t know. I don’t know. And yet there may be lessons to learn from this collective ignorance. 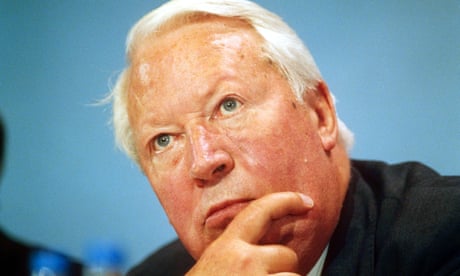 The main allegations against Ted Heath

The Heath case is in that sense a prelude to the historical child abuse inquiry set up by Theresa May, which faces similar difficulties in following trails that may have long gone cold, but on a vastly bigger scale.

Despite the warnings that they weren’t set up to try individual cases, that their purpose was to give victims a voice and draw overarching general lessons rather than to prove guilt or innocence beyond the grave, the inquiry now led by Alexis Jay (after several false starts) also faces expectations it surely can’t hope to meet.

Yet the alternatives to opening this Pandora’s box all seem worse. Difficult as it has been, Chief Constable Mike Veale (who led the Heath inquiry for Wiltshire police) was right that it would have been a “dereliction of duty” not to investigate claims against such a senior politician. Silence would have been deadly not just for the victims – if that is indeed what they were – but for a wider establishment that now feels itself under siege. Into the vacuum would have crept any number of conspiracy theories.

To this day, opportunist attackers and abusers still single out the victims least likely to be believed

Abuse victims everywhere would have felt publicly disbelieved and perpetrators, perhaps, relieved. The unforgivable failure by previous generations to ensure justice was done in child abuse cases confers a moral responsibility on this one to try. What the Ted Heath example provides is an early test of our ability to deal with the resulting messy ambiguity.

We don’t need to know whether Heath himself was guilty to grasp how such things could have been theoretically possible, and that is the key to knowing how to stop them. It could have been possible not only because of the culture of deference surrounding politicians 50 years ago, but because the word of a prostitute (several of the allegations relate to paid sexual encounters) or child could so easily not have been believed over that of the leader of the opposition. Time and time again, we see abuse going unchecked when the abuser is deemed more significant or credible than the victim.

That’s how it happened with the grooming gangs operating in so many British cities, exploiting girls in care and getting away with it because those girls were dismissed as trouble. That’s how it happened at the BBC, where nobody questioned the teenagers passing in and out of Savile’s dressing room because he was “the talent” and the talent was to be indulged. 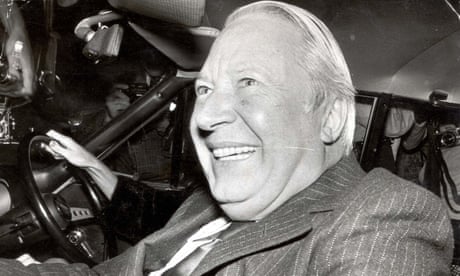 It’s how it happened in churches and boarding schools, doctors’ surgeries and football clubs, and anywhere else – including within families – women and children were taught to submit to a higher authority who could not be questioned. It’s how it happens still in jury deliberations on so-called date rape cases, where he comes across as such a promising young man, and anyway wasn’t she drunk? To this day, opportunist attackers and abusers still single out the victims least likely to be believed; the troubled, the marginalised, the easily blamed.

But the lesson from all this is not to believe all victims unquestioningly. Rather, it is to refrain from disbelieving any group of people without good reason, and to follow instead where the evidence leads. Ironically, the single greatest danger to potential future victims may be precisely that rush to judge so many instinctively feel in the Heath case; the unthinking assumptions we all harbour, if we’re honest, about who looks most like the liar.

• Gaby Hinsliff is a Guardian columnist