The head of the Catholic Church in England and Wales has reportedly asked the Vatican if Jimmy Savile can be stripped of his papal knighthood posthumously.

The Archbishop of Westminster, the Most Reverend Vincent Nichols has made the request to Vatican officials after hundreds of people came forward to say they had been abused by the late TV star.

Savile was made a Knight Commander of St Gregory the Great by Pope John Paul II. He received the honour in 1990 in recognition of his charity work.

According to the BBC, the Archbishop has asked officials in Rome to investigate the possibility of removing the honour from Savile.

The request recognises the “deep distress” caused to his victims and the “disquiet” over Savile’s name remaining on the Papal Honours list, a spokesperson told the broadcaster.

Allegations of abuse continue to be made after ITV broadcast an investigation into claims against Savile by several women.

Investigating police say they are following 400 lines of inquiry and that there may be as many as 300 victims. 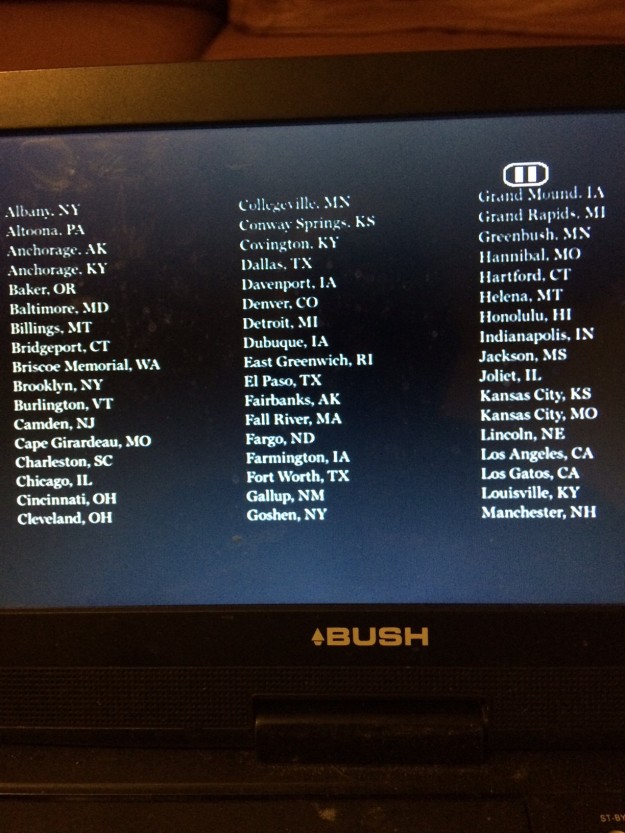 In 1961, Michael Ramsey, a former Archbishop of Canterbury, went to Chichester Cathedral to dedicate the newly-rebuilt Arundel Screen, in memory of George Bell (1883-1958), one of the most outstanding Bishops of Chichester. (And, in my book, and in that of the 2000+ who have recently signed a Petition to have his name cleared and his greatness reinstated, a Bishop forever to be remembered.)

Why am I telling you this?

Now we go back in time again, to 2003. when a small package arrived in the post. It contained an exercise book crammed with small handwriting, accompanied by pony-camera photographs which had been glued tightly into the book. A note read: ‘Would you like to publish my story ? Sister Jane.’

I went on to read a beautiful, heart-warming account of an Anglican Community’s life and the devoted but joyful way the Sisters lived it. And of course I published it.

SURPRISED BY JOY A History of the Community of the Servants of the Cross This is a beautiful, heart-warming account . On the back cover, I quoted from the Rt Rev’d Eric Kemp, Bishop of Chichester, 1974-2000, and the Community’s Visitor:

…an admirable and encouraging story. I have known the Community since 1974. It has given long years of faithful service to the church, in various ways. The Sisters have been faithful to their calling, through many changes forced upon them by circumstances.

The other Arundel connection? In February, 2014, Rowan Williams, now known more correctly as The Rt Revd Dr and Rt Hon Baron Williams of Oystermouth, made a two-day, unforgettable visit to our Parish and Priory Church of St Nicholas.

He gave the second in the church’s ‘Poetry and Faith’ series, this time on Dylan Thomas, illustrated with readings of his poems. Next day, he celebrated and preached the sermon at the 10 am Eucharist Service.

Needless to say, the church was packed on both days, and a great many people some, we had never seen before, (but hope to see again) had the opportunity to listen, learn, and thoroughly enjoy what the erudite but engaging Bishop said, with such charm and humour. Our Vicar, David Farrer (also a Bishop!) commented to me in an email, after the weekend, that ‘the humble humanity of the man shines through’. That said it exactly!

A POETRY READING FOR GEORGE BELL

A well-attended poetry event took place at the Friends Meeting House in Chichester last Sunday to mark the life and work of Bishop George Bell.

Poems were read on the twin themes of Love and Justice, including those by TS Eliot, John Betjeman, WH Auden, Wendy Cope…and George Bell.

At the end of the evening there was a collection for the Medical Foundation for Victims of Torture.

A similar event is now planned for Bishop Bell’s 60th anniversary next year.

The Catholic Church in England and Wales yesterday attempted to head off mounting allegations of child sex abuse by priests by calling in Lord Nolan, the former judge who investigated standards in public life for Parliament, to conduct a review of its procedures for dealing with accusations.Church leaders privately acknowledged the move would not have been adopted but for accusations that the Catholic authorities attempted to cover up abuse by Father Michael Hill, released from prison last week after serving three and a half years of a five year sentence.

Revelations that Hill was removed from his parish but allowed to continue his ministry by his former bishop, Cormac Murphy-O’Connor, now Archbishop of Westminster and de-facto leader of the Church in England and Wales, came close to swamping the church this summer.

The archbishop admitted yesterday that the story had been highly damaging to him personally. The church’s defensive response has caused not only external criticisms and calls for Archbishop Murphy-O’Connor’s resignation but also the voicing of concerns with the archbishop by senior lay Catholics.

The church disclosed that 21 priests, out of 5,600, have been convicted of offences against children in the last five years, though more cases are pending. The number of prosecutions is currently running at about four a year.

Yesterday the archbishop issued his most fulsome act of contrition yet for the scandal, saying: “I wish to apologise sincerely to the survivors of abuse and their families and communities…they have been hurt not just by the abusers but also by mistaken attitudes within the church community at all levels.

“I acknowledge that far too often there has been insensitivity and inadequate response to their hurt. The errors of the past must not be repeated.”

A committee of nine senior figures – only four of them, including Lord Nolan, Catholic – will review the arrangements the church has already put in place for child protection and is due to report back by next Easter. A code of conduct was adopted by the church in 1994.

But Lord Nolan admitted that the committee would not investigate or comment on individual cases and that it had not been given a “blank cheque” to rewrite church procedures or any assurance that its recommendations would eventually be adopted.

He said: “There is no question of this being an in-house review. It should be seen as an independent body with a broad range of expertise in the area of protecting children.”

One of the members of the committee, the Rt. Rev. Peter Smith, bishop of East Anglia, said: “There is a relatively small number of abusers, thank God but that does not mean they do not cause enormous damage. It harms the Church. We are all tainted, saddened and harmed.”

But the bishop insisted: “I don’t think it is true to say that the Catholic Church has a particular difficulty with this. The number of clergy convicted of paedophile offences is a very small proportion relatively speaking. I don’t think the public perception reflects the facts.”

And the bishop said it might be a “dangerous course” to defrock priests accused of just one offence as it might only be minor. “We have had many cases of false allegations,” he added. 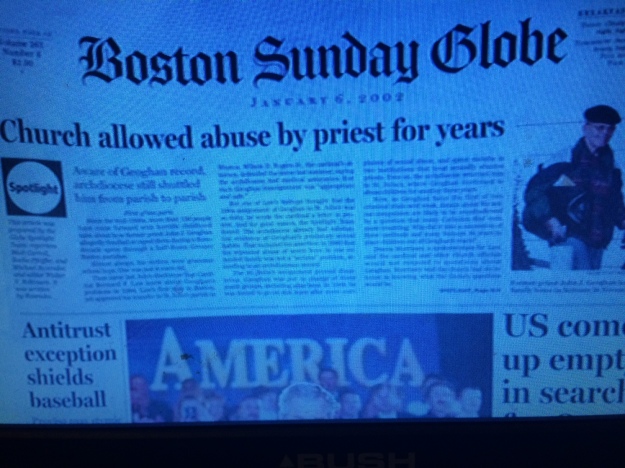 The Bell Society
Create a free website or blog at WordPress.com.