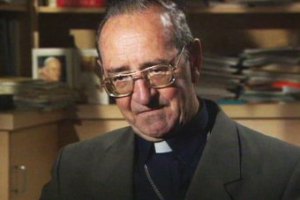 Money received from the estate of an Australian Roman Catholic bishop is going to be given to victims of abuse.

Ronald Mulkearns, who was the Bishop of Ballarat until 1997, died in April, leaving an estate of over two million dollars.

He left his house and other funds to the Church. Mulkearns was accused of being slow to respond to incidents of abuse in his diocese, while there were also reports that he moved priests from post to post rather than reporting them to the authorities. Just before his death, he apologised when appearing before the Royal Commission into Institutional Responses to Child Sexual Abuse…

The depth of the abuse scandal in the Ballarat area has shocked Australian churchgoers. Meanwhile, Victoria police said last month that they haven’t ruled out the possibility of charging the most senior Church figure in the country – Cardinal George Pell.